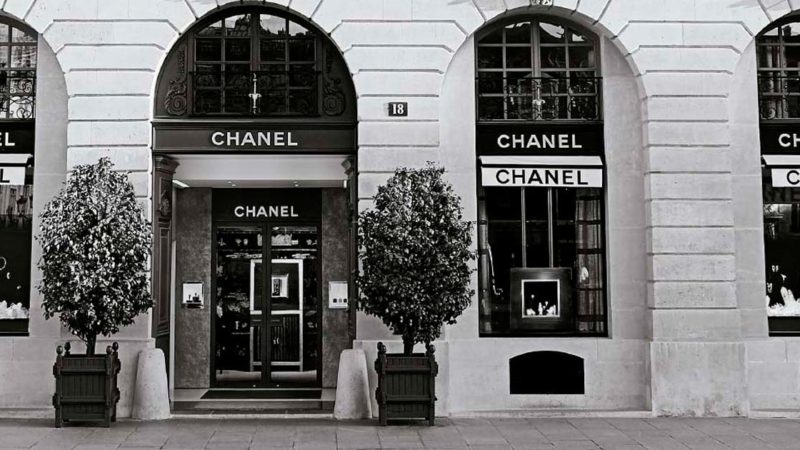 When you search on a website for a company’s products and, on finding what you are looking for, see the words ‘Price available on request’, you can reckon that you are on a site of aspiration.

You may just know her as either tabloid fodder or just another one of those “rich reality housewives”. While Teresa Giudice has become quite popular as a result of the “Real Housewives” franchise, there is so much more to this reality star than just what you see on television. If you want to learn more about this accomplished and intelligent woman, read on to see some of the highlights of her life including the importance of family to her.

Born in Paterson, New Jersey, Teresa Gorga had Italian immigrant parents. She also had a younger brother named Joey Gorga. Growing up, she was raised with Catholicism. This faith was something that has stuck with her for her entire life, helping her stay positive even when times were not looking so great for her and her family. This faith was very strong in her household, creating very strict rules for Teresa. She lived with her parents until she was 27 and had a curfew up until she got married and moved out of the home. They also did not let her become a cheerleader as she wanted to in school.

After she graduated from high school, Teresa went on to study fashion marketing at the esteemed Berkeley College. She would graduate with a degree in this field. Teresa’s career started off as an associate buyer for the retail chain Macy’s.

Teresa Giudice’s life changed when she was casted in the now hit series “The Real Housewives of New Jersey” in its first season. This career move helped her to have the ability to focus on her children and another one of her great passions: cooking. Giudice is an established cook and this show gave her the ability to co-author 3 cookbooks that landed on the New York Time’s Best Sellers List titled “Skinny Italian”, “Fabulicious!”, and “Fabulicious! Fast & Fit”. She also co-wrote the cookbook “Fabulicious! On the Grill”.

In addition to authoring cookbooks, Giudice also wrote a memoir that also appeared on the New York Time’s Best Selling List titled “Turning the Tables: From Housewife to Inmate to Back Again”. This memoir was released in 2016 and discussed in great detail her life including the time that she spent in prison. Expected to be released sometime in the upcoming fall, she is releasing another memoir that is somewhat of a sequel to her first one entitled “Standing Strong”. This memoir talks about recent milestones in her life and describes her struggles as her husband is serving his prison sentence. Giudice says that these memoirs are very therapeutic for her to write and discuss which can be very helpful to staying positive.

Teresa also appeared on “Celebrity Apprentice” in 2012. Here she was able to raise about $70,000 for one of the charities that is close to her heart, NephCure. She was fired prior to the finals, placing 5th overall in the reality competition.

Giudice also has her own fashion and jewelry line, something that she works very hard to ensure truly represents her individual brand.

As if this reality star was not busy enough, she is back on “The Real Housewives of New Jersey” and is working towards a goal to become a yoga instructor. Food, family, faith, and fitness are all passions in Teresa’s life and these are things that help her to continue moving forward even when it seems like the rest of the world is trying to keep her down.

Her Marriage and Family

Teresa Giudice’s husband Joe was born in Italy and moved to Paterson, New Jersey when he was 1 years old with his parents. It was here that they met, becoming childhood sweethearts before marrying in 1999. During their marriage, they had 4 children (daughters) together: Gia, Gabriella, Milania, and Audriana. In her book, she describes how she had strong feelings for her husband long before they even began dating back to when they went to school together.

Her family is the most important thing in the world to her. She has stated in the past that she requires her daughters to give her 100 kisses a day each. Teresa also makes sure that she reads to each of her daughters every night before bed, though she probably doesn’t stick to this with her teen daughters anymore. She wants to teach them to be strong women, as can be seen by the fact she encourages them to take Tae Kwan Do. She also supports them in each of their endeavors, encouraging them to follow their dreams. Her husband is also very important to her and she does whatever she can to support in through thick and thin as her vows promised. Even in the darkest of times, she finds a light at the end of the tunnel that allows her a sense of positive calm that we could all benefit from experiencing. If you ever think that she is cheating on her husband as the rumors say, you could not be more wrong. Her husband is the love of her life and she is devoted to keeping her family together and happy.

In addition to everything else that Teresa Giudice has done in her career and life, it may not be quite as fulfilling as the things that she does in order to give back to her community. Giudice is very active in philanthropy, understanding just how important it is to give back to those who are in need. One charity that is especially near and dear to her heart is NephCure. This is a charity that she raised money for during her time on “Celebrity Apprentice” and is heavily featured on her personal website.

Teresa attended an event at St. Jude’s Children’s Hospital, where she met a child by the name of Matthew Levine. When speaking to this child, she found out that he had a very rare kidney condition that required him to take about 15 pills a day at the age of 8. His cholesterol was at 365. Never having a son, Giudice was immediately taken by him and it changed her life. All of her children were fortunate enough to be very healthy and it pained her to imagine the struggles that this boy’s family had to deal with as a result of his illness. Since that moment, she decided that she was going to do everything that she possibly could to raise awareness for NephCure and help this family with this very serious problem. She does events and other things in order to raise money for this great cause in hopes that there can be a cure for the condition that Matthew has and many other kidney issues that people may be struggling with.

So what is NephCure? This is the only organization in the entire world that is completely dedicated to researching kidney diseases like Focal Segmental Glomerulosclerosis and any other condition that can cause Nephrotic Syndrome. They dedicate their time and resources to not just finding more effective and painless ways to treat these types of conditions but to eventually find a cure for these very serious health concerns. During its time, they have become the leading resource for these conditions, educating families in need so that they know exactly what they are facing. They also want to attract the leading researchers in the field to this cause and educate the public to raise awareness about these diseases.

Another cause that Teresa Giudice works for is Project Ladybug. This is a charity that was created by her very close friend Dina Manzo and one that she works as a committee member for. These two are so close that Manzo is actually the Godmother to Giudice’s youngest daughter Audriana. This non-profit was founded in 2007. Her initial goal for it was to give children and their families who are undergoing medical treatments financial and emotional support in their time of need. She was inspired by her father, who had this same goal in life. The first fund for this organization that she launched was at the local hospital in Paterson, New Jersey St. Joseph’s Regional Hospital. This organization also began working with the hospital Memorial Sloane-Kettering through Julien’s Project Ladybug fund. Most recently, she launched Atia’s Project Ladybug around Christmas time at Chicago’s Comer Children’s Hospital. She continues to grow her non-profit and is fully supported by Teresa Giudice in her endeavors.

You may read a lot about Teresa Giudice in the tabloids but you must understand that not everything that you read about this reality star is true. She is a strong woman who loves her family fiercely. The idea that she would cheat on a husband that she stood by and stood by her while she was in jail. Any allegations about her cheating on her beloved husband or doing anything else that would damage the family structure are unimaginable. These magazines just want sales and to do so, they tarnish the good name of Teresa Giudice for a profit. We hope that this article helps you to learn more about this often misunderstood reality television star. 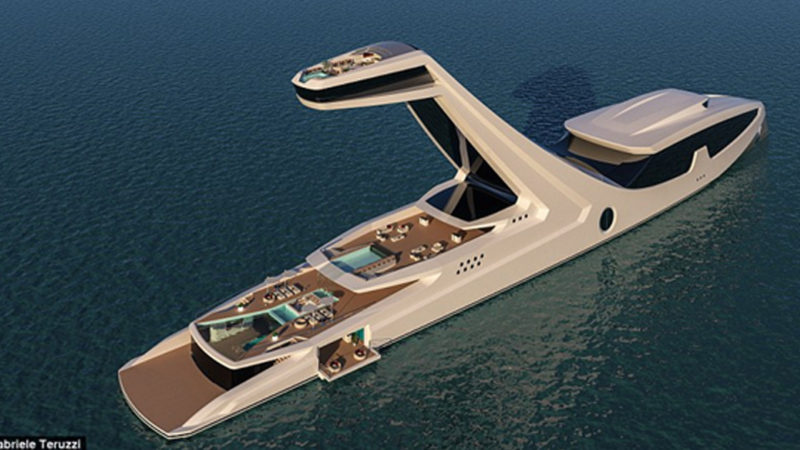 Superyacht to reach for the clouds?

When is a yacht not a yacht? When it is the Shaddai. The new concept ocean goer by Italian designer Gabriele Teruzzi looks more like a ship designed for space than the sea.

Marvel has made the business of superheroes a very hot commodity. And, after its merger with Disney, the Marvel superhero franchise appears poised to continue its rise to the top. 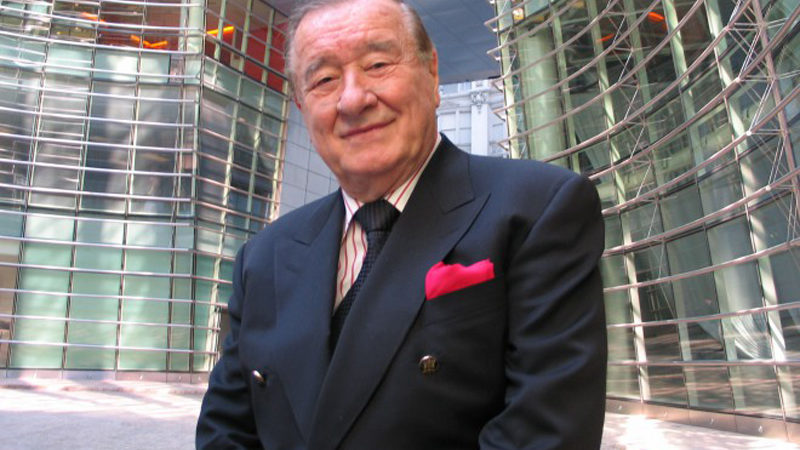 Why There Will Never be Another Sirio Maccioni

The early 1970s in New York City witnessed the opening of one of the classiest, most iconic French restaurants: Le Cirque. Sirio, 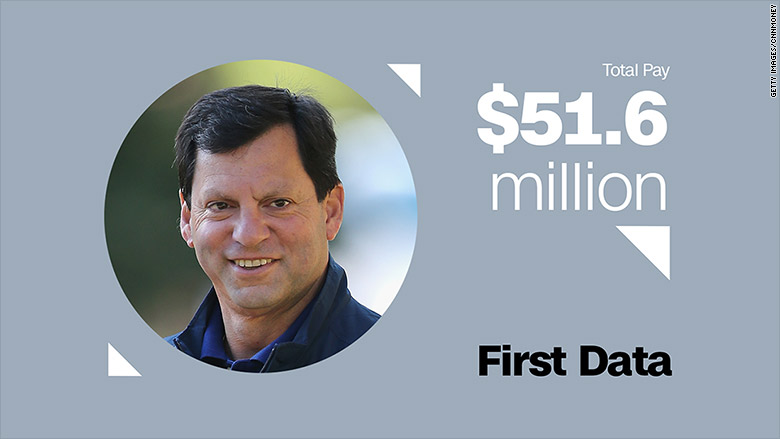 Frank Bisignano and how he got to where he is today

With all of this money, you may be wondering what you need to know about Frank Bisignano and how he got to where he is today. 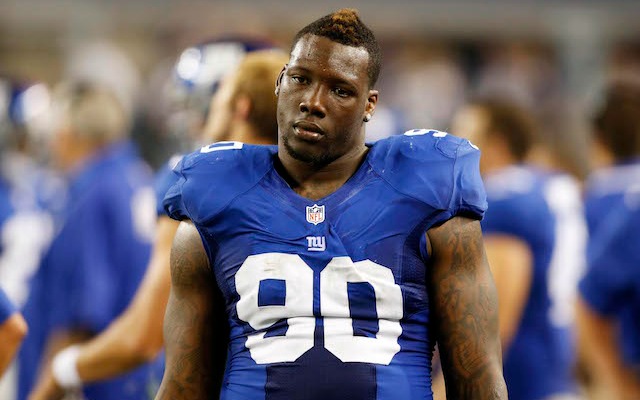 There are a lot of defensive ends in the National Football League right now, but Jason Pierre-Paul of the New York Giants is among the best in the league right now. 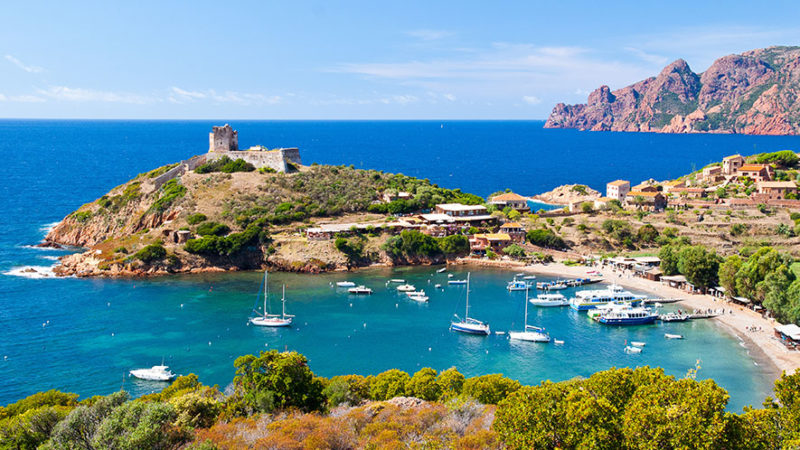 Top 5 Mediterranean Islands For The Rich And Powerful

The Mediterranean Sea boasts more than 200 identified islands, each unique and beautiful in its own way. 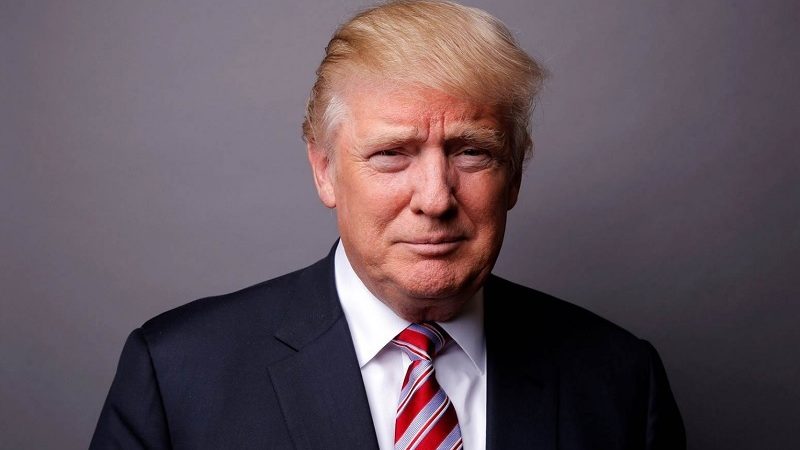 Why Trump May Actually Be GOOD For America…And the World

For all of his faults, President Trump could turnout to be a good leader for the United States, as well as the world.

The 10 Most Powerful People in the World